Global water resources are declining; agriculture land is diminishing and; global food consumption is increasing at an alarming rate, with the worlds population set to double by 2050

Northern and Central Australia’s large water catchment systems and underground water resources are underdeveloped yet on the doorstep to South East Asia. Since 2007, Australia has allowed not only farmers but also investors who want to profit from trading to buy and sell water shares. The Southern Australia water market is now valued at some $US20bn

Identified by the recent White Paper report (attached), developed for the Australian Government states that potentially two thirds of Australia‘s annual water runoff occurs in Northern Australia yet it is currently undeveloped. 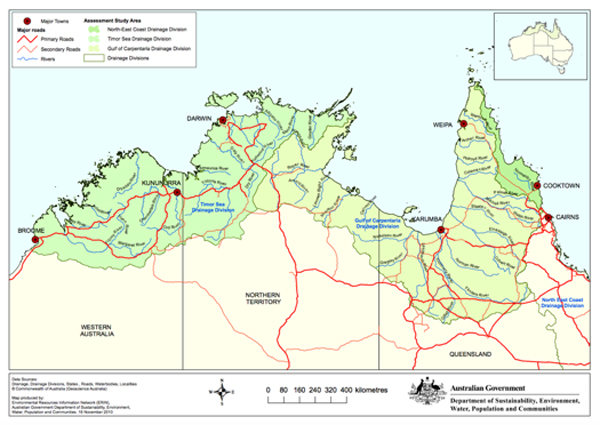 The region is sparsely populated, positioned ideally on the doorstep to Asia providing a unique opportunity to capitalise.

Development of Northern Australia as identified by the CSIRO provides an extraordinary opportunity to secure water for the future. North Australia being on the doorstep of Asia is well placed to become a large food bowl for North, South, East, and South East Asia in the foreseeable future.

Incept Agri in associated with this futures water Intellectual Property has established alliances and identified future water for global food security as liquid gold. This is now extremely evident with an ever-increasing health conscious population of middle class people throughout Asia, the Middle East.

To operate as a social enterprise with humanitarian goals creating a scenario that allows the land and the people of the area to work together to benefit many industry sectors. Attractiveness:

Australia is an attractive agriculture source because of the quality and cost efficiency of its highly sought quality produce, its ability to be able to supply large quantities into the South East Asian markets, and European markets, and the fact that Australian animals are free of major disease arguably classed as the healthiest protein in the World. Outback Australia is blessed with an abundance of clean, fertile organic soils by default, land and pure uncontaminated water that produces, arguably the world’s best quality food produce. Global Financial institutional interest in the agricultural sector is now exceedingly high, implying growing demand for agricultural food produce, to which Incept Agri will invest to capitolise on the future security of global food production. 20